The Stand with Eamon Dunphy : Can the Greens take a seat in Mayo? Saoirse McHugh tells us why she's willing to try

The 80% with Esther O'Moore Donohoe

UNITE IRELAND PODCAST: MAYO: THE PLANET IS ON FIRE — can the green wave extinguish the flames?

The Echo Chamber Podcast: Saoirse explains why she got fed up asking those in power to act in the best of interests of the people they represent and decided to get stuck in herself.

Born Optimistic Podcast : Green Party European Election sensation talks about how to unfeck the world and what she’d do with her time if the world wasn’t fecked!

Class dramatic skies all day and I didn’t get el

Found this poor little cutie right in front of the

Olive is being so GROSS!! She keeps scratching her

Only since it’s become necessary do I realise ho

So excited to see all the ancient tree roots uncov

Ballycastle is beautiful!! Some whirlwind of a cam

Saoirse McHugh for Mayo
The only way a transition to a low carbon economy will ever work is by changing the economy of Mayo to benefit communities, towns and villages instead of the biggest companies and largest producers.
We can have things like rural transport and rewards for extensive farming in Mayo if we fight for it.
Roughly a million euro per year leaves Achill in electrcity bills, as we move to renewables these projects should be community owned, so that money stays in and transforms the entire economy of Mayo.
We can fight for this future
Vote for real change

Saoirse McHugh for Mayo
This election is a genuine chance to get real change in Mayo, change we sorely need.

Unfortunately because there was only 3 weeks warning I didnt get a chance to knock on as many doors as I wouldve liked, but I want anyone to feel free to get in touch:
on messanger here,
on Twitter: @saoirse_mchugh
Instagram: mchugh.saoirse
email: saoirse.mchugh@greenparty.ie

Saoirse McHugh for Mayo
Harry McGee joins Saoirse McHugh, the Green Party's candidate for Mayo in the 2020 general election on the campaign trail in Castlebar and Foxford. Video: Bryan O'Brien

So much of the conversation around gov formation is based on the premise that a party should want power for powers sake.

Has anybody asked FF or FG why they want power?

Whether right or wrong the Greens runs for office in order to enact just climate and biodiversity action..1
View on Twitter
57
527
Saoirse McHugh @saoirse_mchugh

So student nurses are still not being paid!? https://t.co/rCZLWnEXwW
View on Twitter 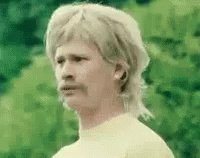 I feel for you Collie, that must be awful but what a clever bird! Laughing away at you! https://t.co/11iMrICJnm
View on Twitter
1
43
Saoirse McHugh @saoirse_mchugh

Bail out the people! bail out the oceans! https://t.co/Alc7mN6vNp
View on Twitter
8
88